Play anything, just play it loud*

With all apologies to brain surgeons and rocket scientists, we propose that the toughest job in America belongs to the poor sod who's responsible to play music for an amateur sporting event crowd. The players want to hear contemporary music, but even among teams musical tastes vary and while this player wants to hear country, that one wants to hear hip hop. And, none of the players are concerned with the casual fan who may have brought their 5-year-old to the game who doesn't really appreciate: “Drunk in Love” from the stands. But, an athletic director or principal certainly cares and expects the "DJ" to play “good” music. So, we have a suggestion for that poor music-choosing sod and are happy to share Trey's music project and that process here.

Trey started by informally determining that Billboard—whether as a magazine or a website in a convergent era—has presented a centrist approach to musical genres over the past 55 years. Billboard uses a combination of music sales and radio (now streaming) airplay to determine its list of the most popular songs of the year and so we started with those songs that had been most popular with consumers across a wide range of genres.

Trey, an accomplished musician himself, created an enormous spreadsheet of the top songs from those annual lists, beginning with 1960, and then performed a content analysis of each song. He reviewed them for melody, theme, and for lyrics that might either be considered offensive or that might contribute to fan engagement during baseball or softball games. (That opponent's coaching trip to the mound can be dead time where such music entertains all but the pitcher's mother in the crowd!)

The resulting parsed list can be a starting point for anyone who’s drawn that short “music-playing” straw and has become the "DJ" for their organization. We recommend that during that person's "free time" in the summer (?), the DJ adds songs to the list using the method Trey began, but generating categories appropriate to the home team's particular situation and adding more contemporary songs as they deem appropriate. We definitely recommend starting with the non-explicit version of songs, just to minimize chances an “oops” moment occurs.

Also, folks can add categories to the list that are appropriate for certain game-related situations. Using a spreadsheet will allow for quick searches of well-chosen keywords. (You, of course, know that keywords are essential to nearly every digital workflow and that the F5 command will allow you to search for information in every spreadsheet app we know of, right?) You also know that appropriate public performance licenses (PPL) must be secured to make it legal to play any such music in public, right? (That topic wasn't part of Trey's research.)

This will not solve the problem that stems from other people's musical tastes. Be very clear someone in the crowd will still dislike the song being played! But, at least you'll have a plan for engaging most of the crowd and something to point to when an AD yells, "Play some music everyone likes AND play it loud.” Go ahead and gulp and then cue the Beatles.

Here is a video that describes Trey’s process in his own words. (If the link doesn’t work, apologies, Trey grabbed the degree and there’s no containing him now!)

*Our title is taken from a line in the movie Good Morning Vietnam written by Mitch Markowitz. Buena Vista Pictures, 1987.) 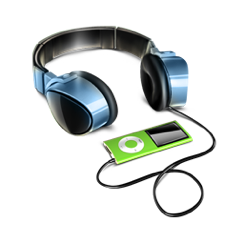 Why does the word “research” inspire fear in us? (Or, maybe that’s just me?)

This work was completed as part of a graduate project for the Texas Tech University M.A. program in Mass Communication. Students refer to this as “their 6050” because it corresponds with the class number.

And, really, this research was more fun than scary, right?